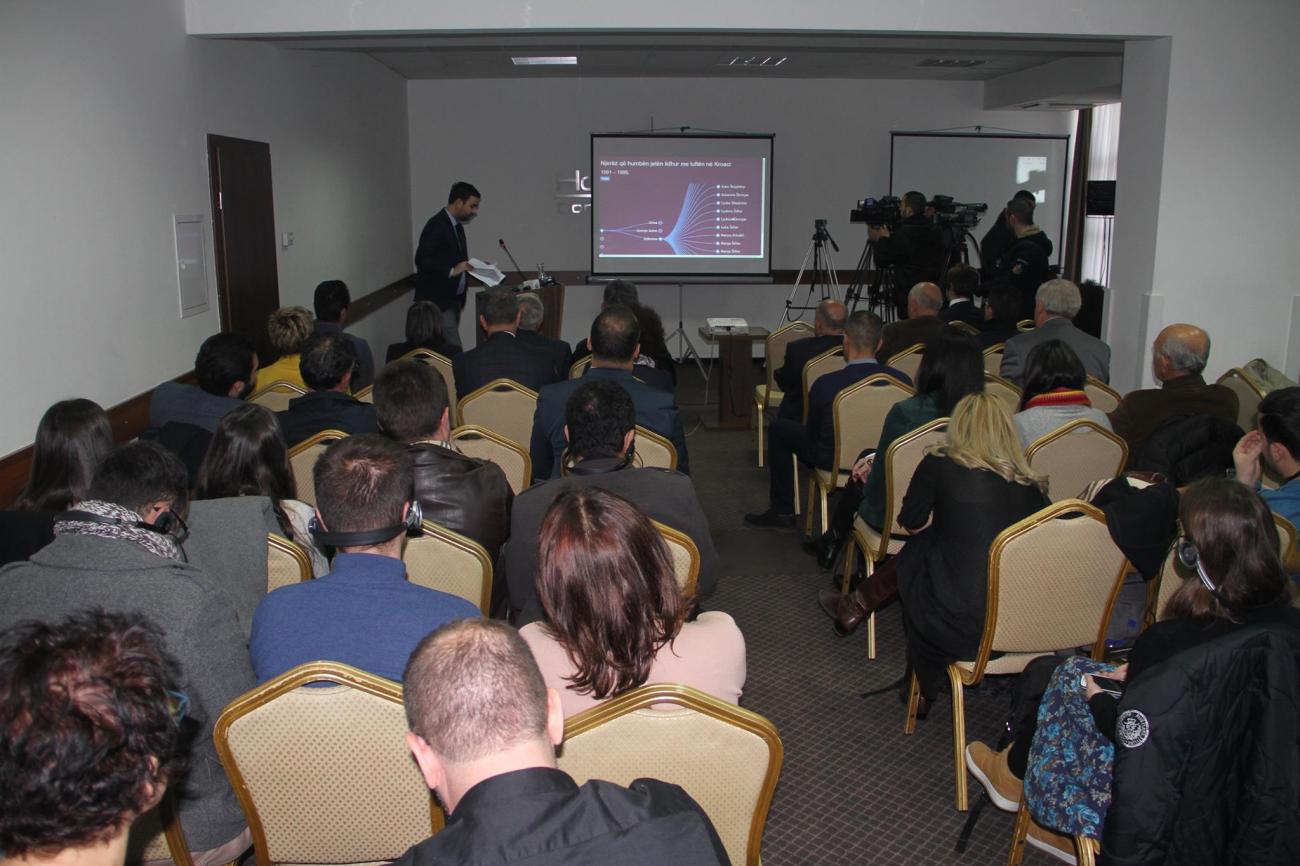 SENSE – Center for Transitional Justice presented its latest interactive narrative about the destruction of cultural and religious heritage in Priština on 19 December 2016. The Kosovo Humanitarian Law Center took part in the organization of the event, one of a series presenting the latest results of the efforts to document the victims and damage caused by the 1990s wars. The initiative was launched by REKOM.

Gjejlane HOXHA, who chaired the Kosovo Cultural Heritage Council, Tanja MATIĆ, who one of the authors of the narrative Targeting History and Memory, and Eugen JAKOVČIĆ, from the Pula office of the SENSE – Center for Transitional Justice spoke at the event.

Tanja Matić and Eugen Jakovčić addressed about fifty people in the audience, which comprised representatives of various political, religious and civil society organizations and members of the press. They focused in particular on the parts of the narrative that pertain to Kosovo and the efforts to prosecute crimes against the cultural and religious heritage at the ICTY. In the course of their presentations, they highlighted the crimes against religious facilities that have not been prosecuted yet, noting in particular the difficult situation with the Serbian Orthodox Church buildings in Kosovo that lie in ruin still after the ethnic conflict in the summer of 1999 and the spring of 2004. The latter falls outside of the jurisdiction of the ICTY.

Gjejlane Hoxha, an architect who at one time chaired the Kosovo Cultural Heritage Council, presented the efforts to rebuild the Islamic heritage in Kosovo that has also been destroyed. She spoke about the situation today. In her presentation, she showed her own photographs of the heritage destroyed in the war, and she thanked the authors of the narrative for their efforts and stressed the importance of such events in the bid to raise the public awareness of this aspect of the war which has been sidelined completely in Kosovo.

The efforts to eradicate history and memory were discussed on 18 December 2016 in the Serbian Orthodox monastery in Visoki Dečani. Archimandrite Sava Janjić, the igumen of the Visoki Dečani monastery, received the representatives of the Kosovo Humanitarian Law Center and SENSE – Center for Transitional Justice. The seven-centuries old monastery in Visoki Dečani is the most valuable monument of the Serbian Orthodox Church. It is the only cultural and religious monument still being secured by the armed members of the KFOR, the international peace-keeping force headed by NATO.

As igumen Sava JANJIĆ stressed, the narrative Targeting History and Memory is of crucial importance, especially the parts that deal with the crimes against religious and cultural property that remain unpunished. According to Sava Janjić, that is the situation facing the cultural heritage of his Church in Kosovo today. He highlighted the dire situation of the Serbian Orthodox church of the Virgin Hodegetria in Mušutište, dating from the 15th century. It was destroyed in July 1999 and has not been rebuilt yet. The monastery of Visoki Dečani has been under constant threat, not only physically: it is regularly used as a bargaining chip in the political sniping between Belgrade and Priština. Sava Janjić used the opportunity to appeal to the powers that be to depoliticize the efforts to protect and promote the importance of cultural heritage. 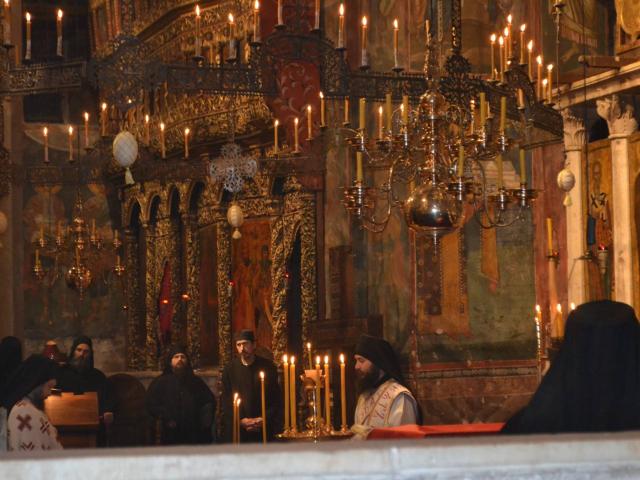