AGIUS AND MESIĆ AT THE AHMIĆI NARRATIVE PRESENTATION IN PULA 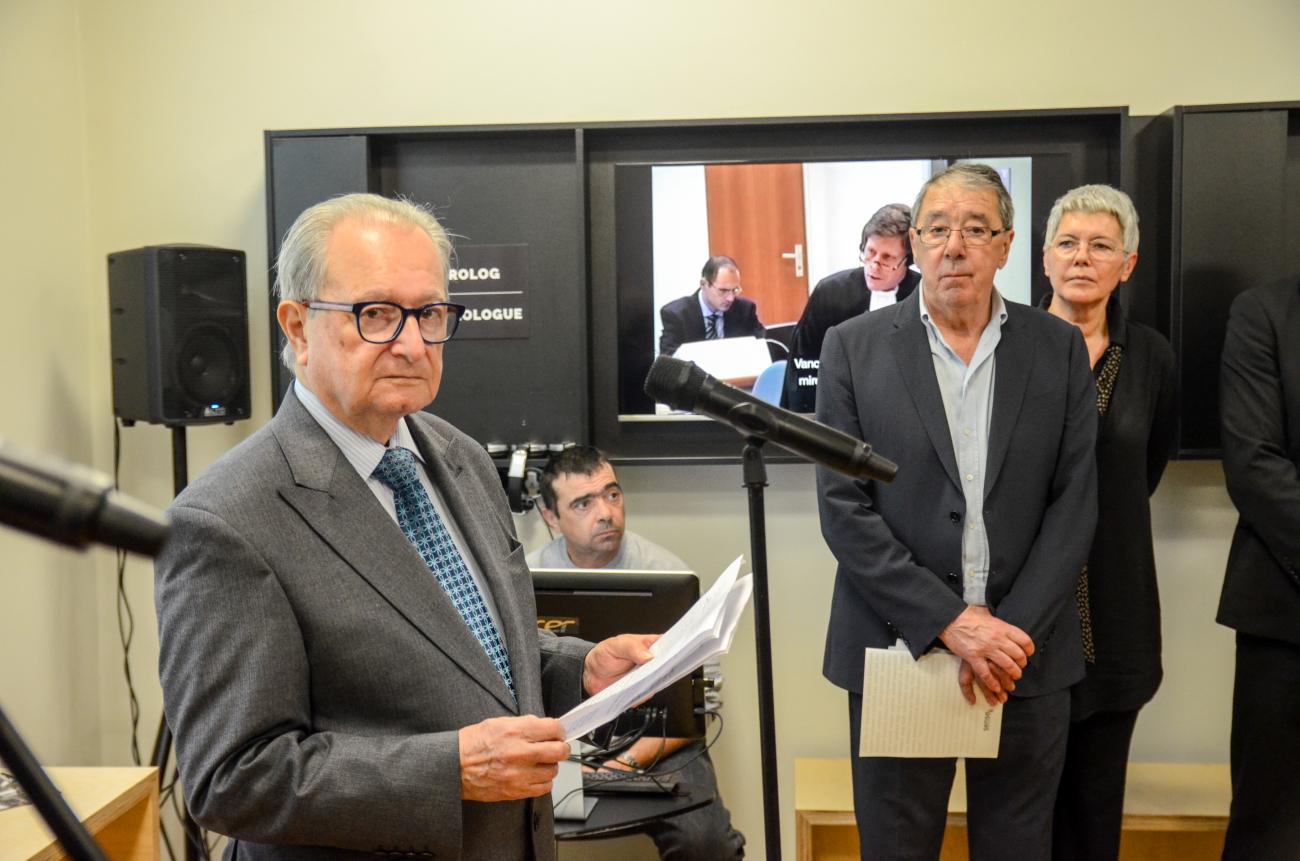 The exhibiton and the narrative are ''a testament to the progress made since the 1990s“, said judge Carmel Agius. ''In looking back together at a time of conflict and disunity, through an exhibition born out of collaboration and dialogue of the SENSE center and the History Museum of B-H , we remember these crimes and we honour the victims“.

He recalled that the crimes committed in Ahmići were addressed in a number of cases before the ICTY, which established that Muslim civilians were deliberately persecuted in order to spread terror and ethnically cleanse Ahmići of its Muslim population within a broader context of persecutory attacks.

The ICTY's functions are not solely adjudicatory but didactic, and, similarly, this exhibition and the narrative send out the same message: that we must never forget and never repeat what happened during those 48 hours and ashes and blood,  the judge pointed out.

The opening ceremony at the SENSE center also featured remarks from the former president of Croatia Stjepan Mesić and the president of the Pula City Council Tiziano Sošić. A doyen of international diplomacy Budimir Lončar was also present.

A group of inhabitants of Ahmići also came to Pula for the opening.''We came here today to  show our respect and gratitude to mr Mirko Klarin, the SENSE agency and all those who helped to spread the truth about the crime committed in Ahmići“, said Alem Ahmić, who as a 10 years old boy survived the HVO attack. He thanked Stjepan Mesić for attending this opening noting that Mesić has always been a true friend of Bosnia and Herzegovina.

„The brutality demonstrated in the Ahmići attack is rarely seen. The victims were guilty only of being Muslim“, said Mesić adding that many persons were responsible for the crime, but only few were punished. He also observed that Dario Kordić, who was found guilty for the attack in Ahmići, visits churches (in Croatia) these days and gives speeches there. ''Arranging such events is disgraceful“, he said.

Adnan Zec, who as a 13 years old boy survived the Ahmići massacre witnessing the killing of his parents and sister, spoke via a video-link, emphasizing that this interactive narrative will be of great importance in keeping the memory of the horrible event.

''We are constantly faced with unbearable lies about the past events, in other words, with a denial of crimes which the ICTY established beyond reasonable doubt. Therefore, the narratives produced by the SENSE center, which are supported by documentation and easily accessible on the internet, should enable the future generations to learn about the distant past, in the view of the fact that the present generations refuse to learn about the recent one“, said Mirko Klarin.

In his remarks, Tiziano Sošić said that such work helps to fight the ignorance and incomprehension of the past, and he thanked the SENSE center in the name of the Pula City Council. 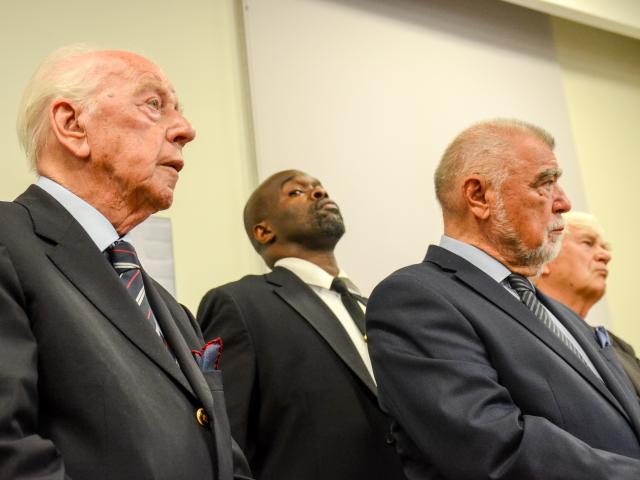 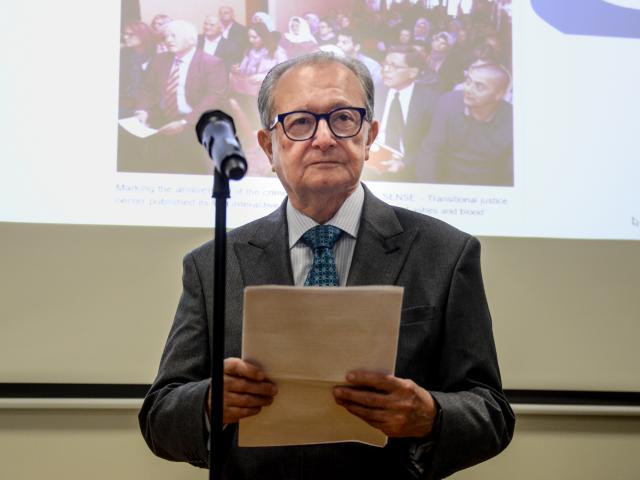 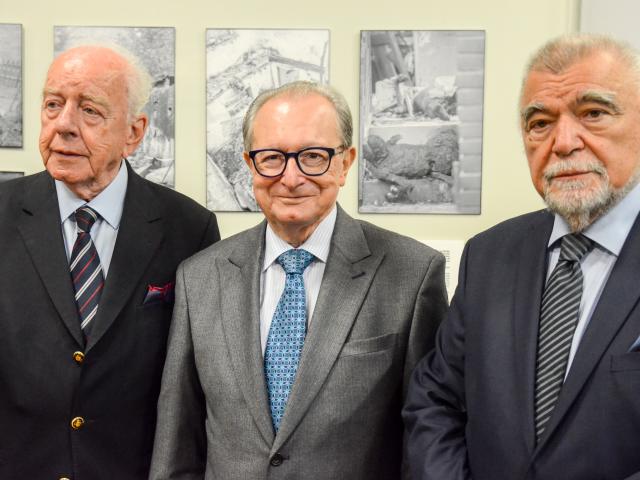 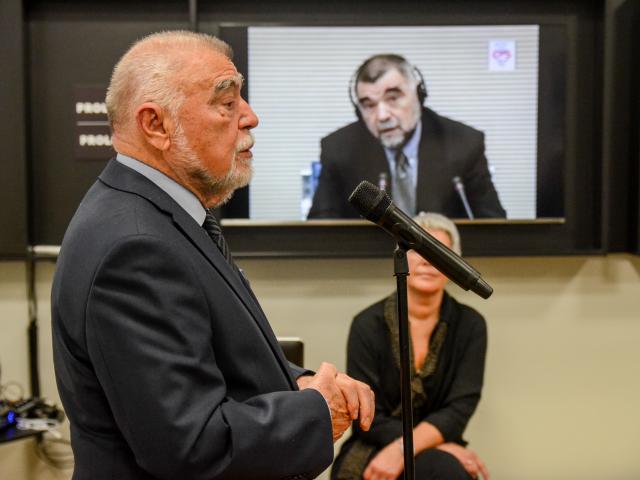 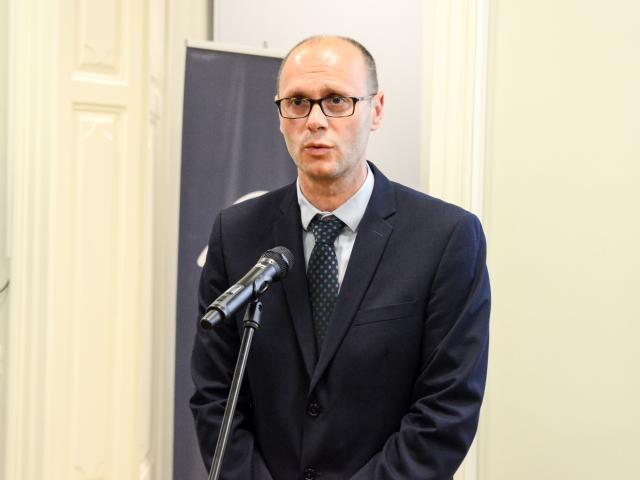 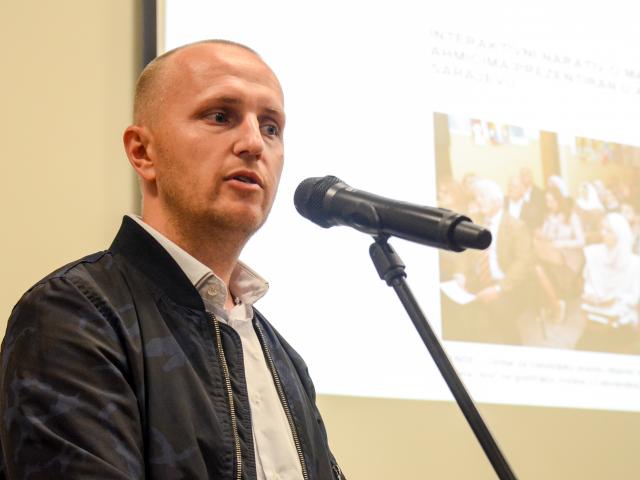 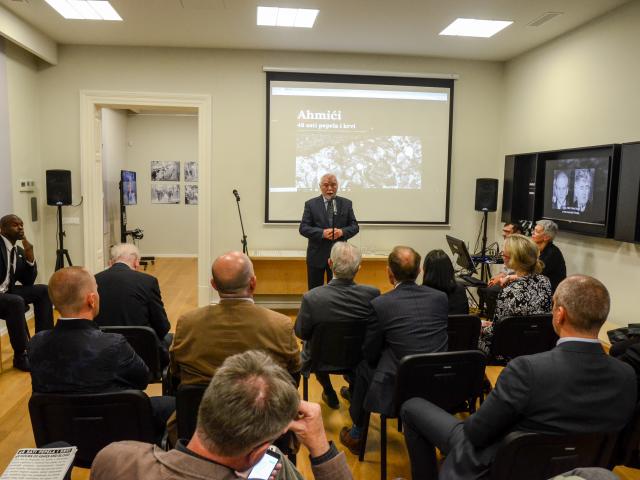 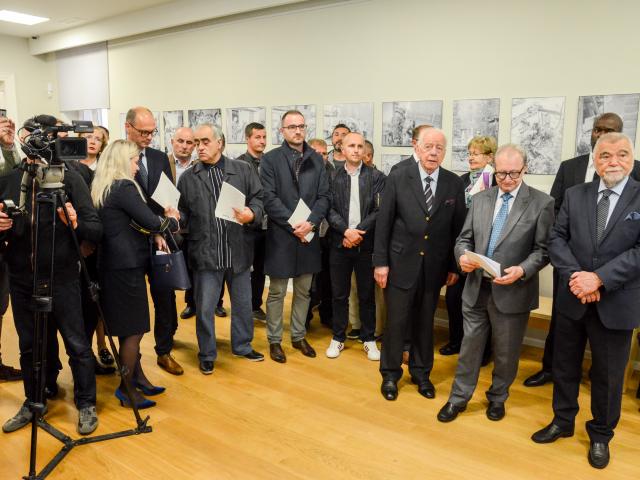 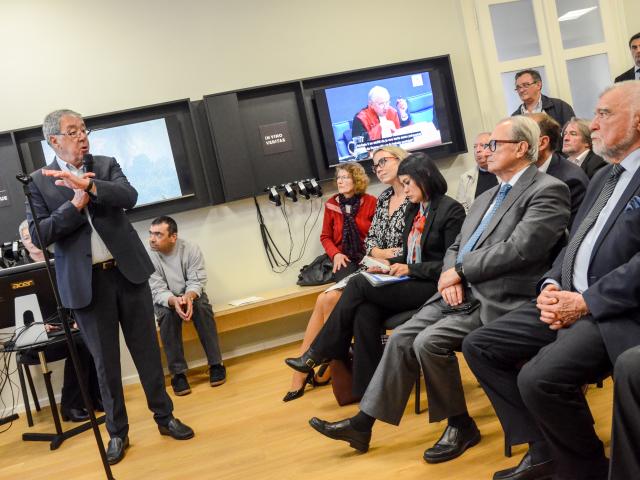 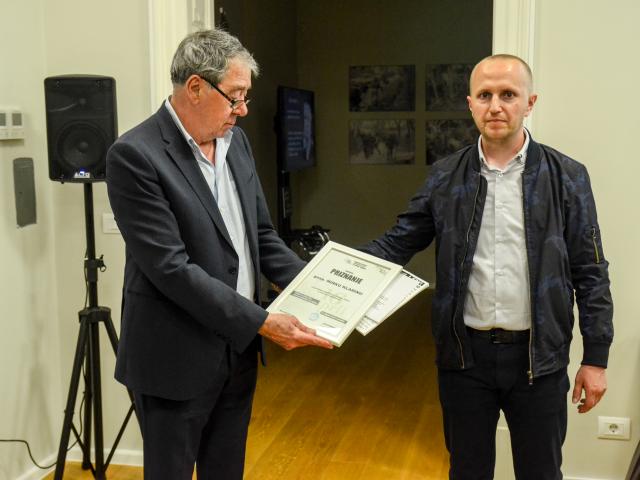 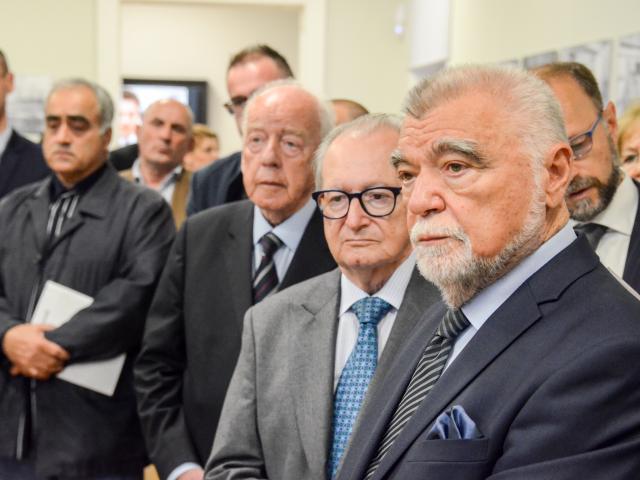 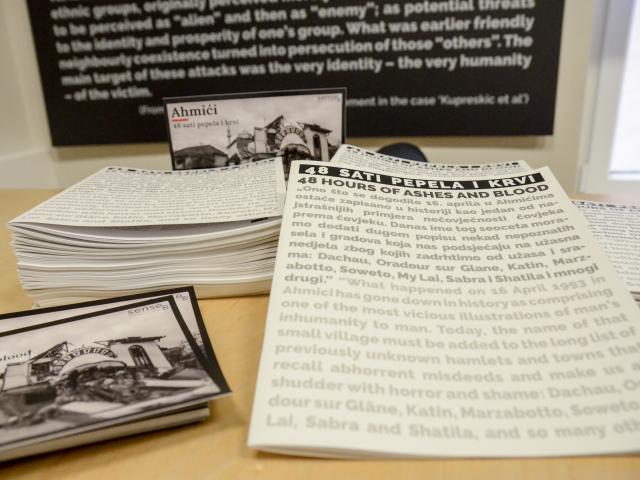 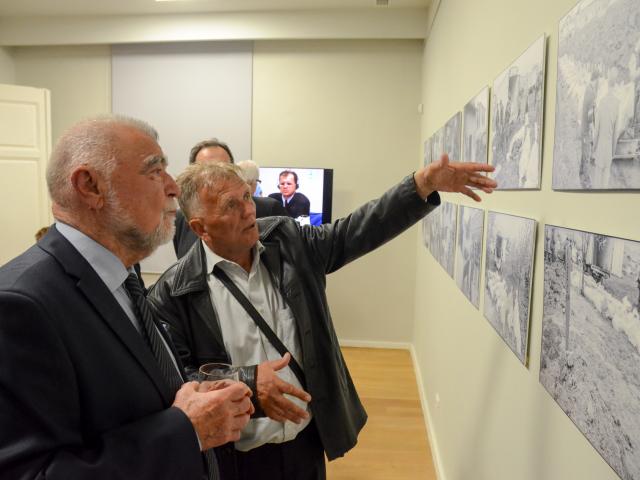 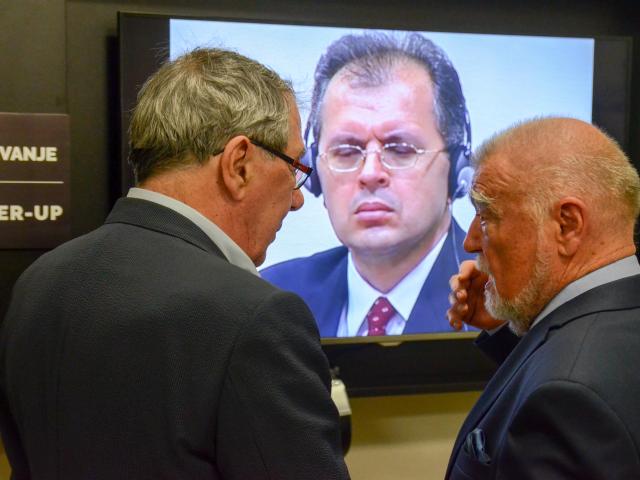 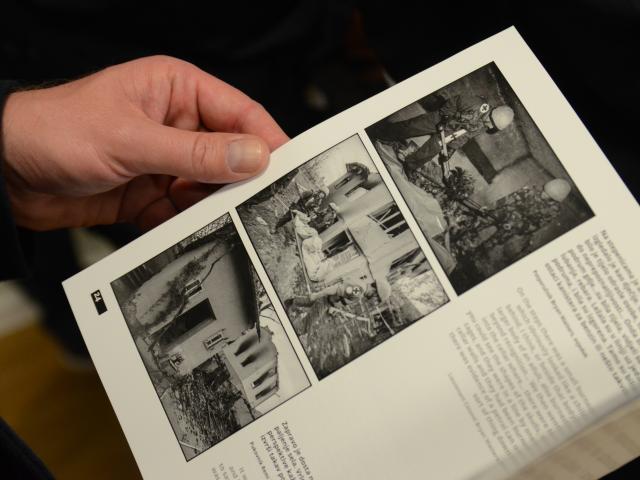