DOCUMENTING THE CRIME, HONOURING THE VICTIMS 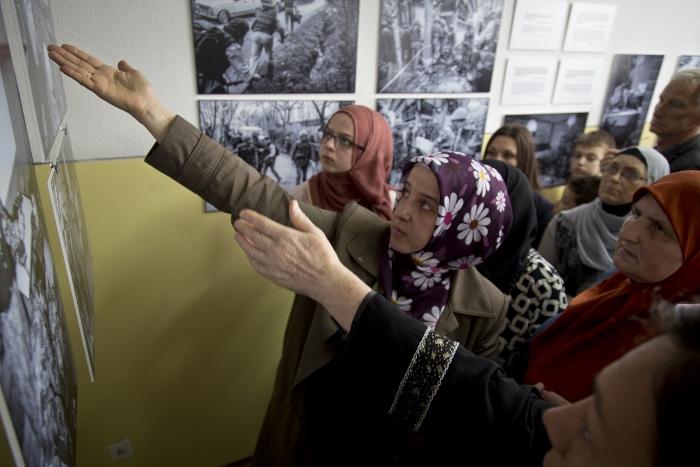 The exhibition entitled ''48 Hours of Ashes and Blood'' has opened in Ahmići and Sarajevo on Monday, 16 April, to mark the 25th anniversary of the massacre in which at least 116 inhabitants of the village of Ahmići were killed and 169 Bosniak houses were burnt down. The exhibition is simultaneously shown at Ahmići Primary School and at the History Museum of Bosnia and Hezegovina in Sarajevo. Its title is actually the code name of the operation that the Bosnian-Croat forces (HVO) launched in the Lašva Valley on 16 April 1993.

The exhibition features some fifty photographs taken on 16 April 1993 and the following days by Giles Penfound, former photographer of the British Battalion, stationed in Vitez as part of the UN Protection Force.

The exhibitions in Ahmići and Sarajevo represent joint effort by the History Museum of Bosnia and Herzegovina and SENSE – Transitional Justice Center based in Pula. Without hesitating Penfound has put at SENSE's disposal his entire collection of the photos taken in Ahmići a quarter century ago, demonstrating his desire to pay his respects to the victims and the survivors who after all these years still hold a special place in his memory and his heart.

Thanks to the pictures taken by Penfound, the Ahmići massacre became one of the most comprehensively documented crimes in the war in Bosnia and Herzegovina. Penfound was part of the first group of blue helmets entering Ahmići on 16 April and eternalized the atrocious scenes he saw there: civilians killed in front of their homes, carbonized bodies of people who attempted to hide in the cellars, burnt houses, mosques destroyed by explosive, killed animals... In the following days he revisited Ahmići and every time witnessed new scenes of horror. Eventually, he also took pictures of the burial of the victims in a mass grave in Vitez.

This exhibition demonstrates fragility of human life and interpersonal relations, their invaluableness and how carefully they should be guarded, wrote Adisa Bašić, poet from Sarajevo, in the exhibition brochure. The moment we agree that the death of an enemy is irrelevant, we give up on humanity and let an important part of ourselves die. Photographs of Giles Penfound demonstrate that suffering of a single human being is not an isolated problem, it is rather spread capillary, affects the entire surrounding microcosm and leaves permanent traces even on those who believe all of it is none of their concern.

The opening of the exhibition in Ahmići and Sarajevo was attended by Bob Stewart, who in 1993 commanded the UNPROFOR British Batalion in Central Bosnia and Mark Harmon, head of the prosecution team at the first Ahmići massacre trial before the International Criminal Tribunal for the former Yugoslavia (ICTY). Judge Theodor Meron, President of the Mechanism for International Criminal Courts visited the exhibition at the History Museum upon his arrival in Sarajevo, a day after the opening.

The curator of both exhibitions is the architect Sanja Vrzić, who also designed the accompanying catalog as well as graphic solutions for posters and flyers.

The exhibition in Sarajevo is open until 16 May. It will subsequently be shown in some other towns in Bosnia and Herzegovina, in Zagreb, Croatia (in cooperation with Documenta – Center for Dealing with the Past) and eventually at SENSE center in Pula, Croatia. 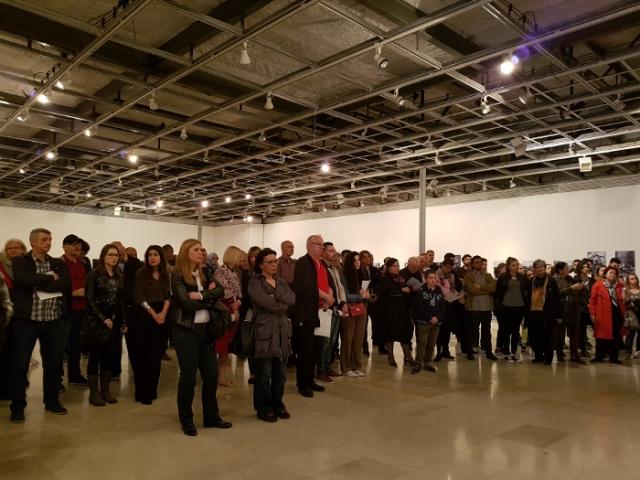 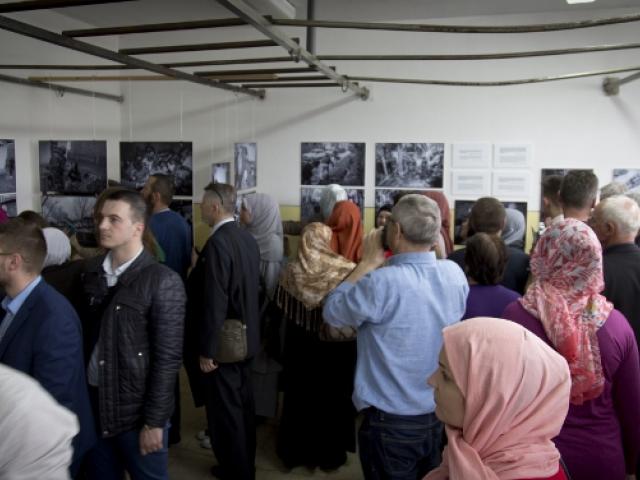 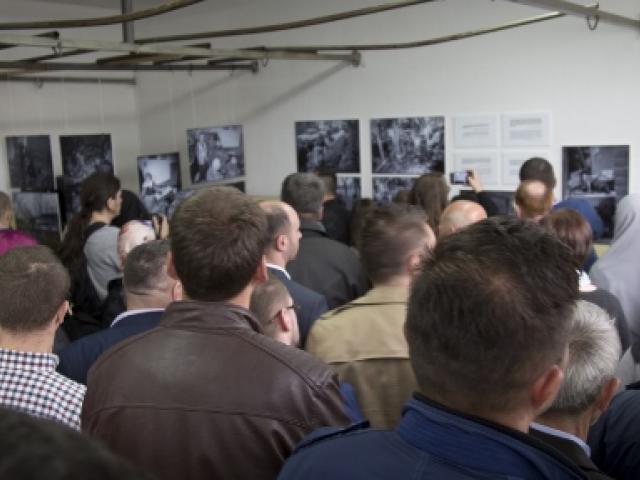 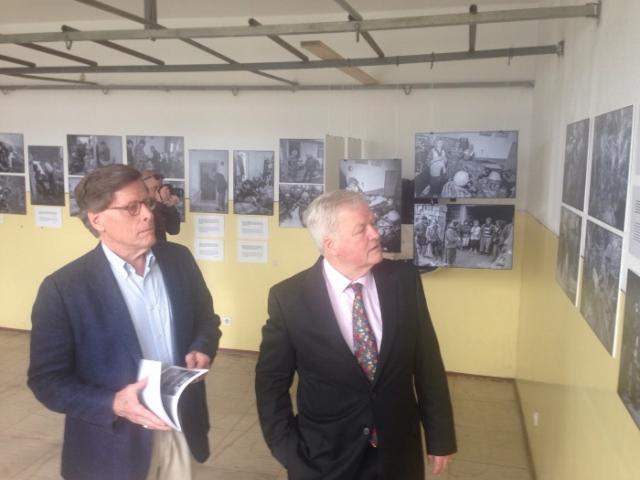 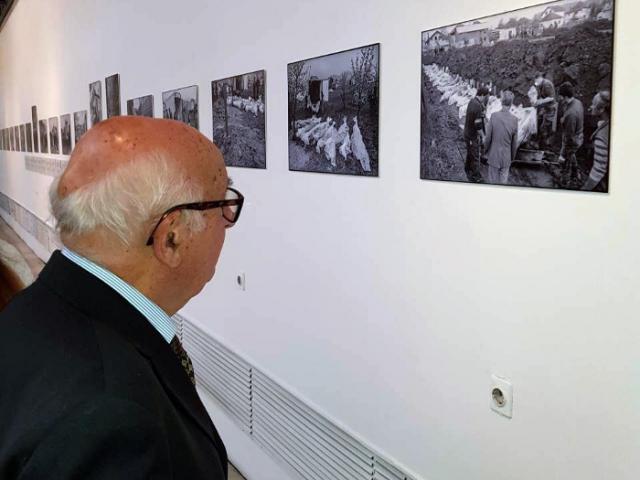 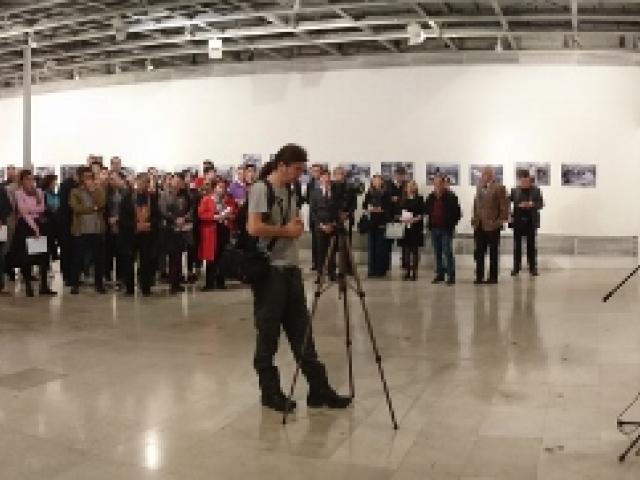