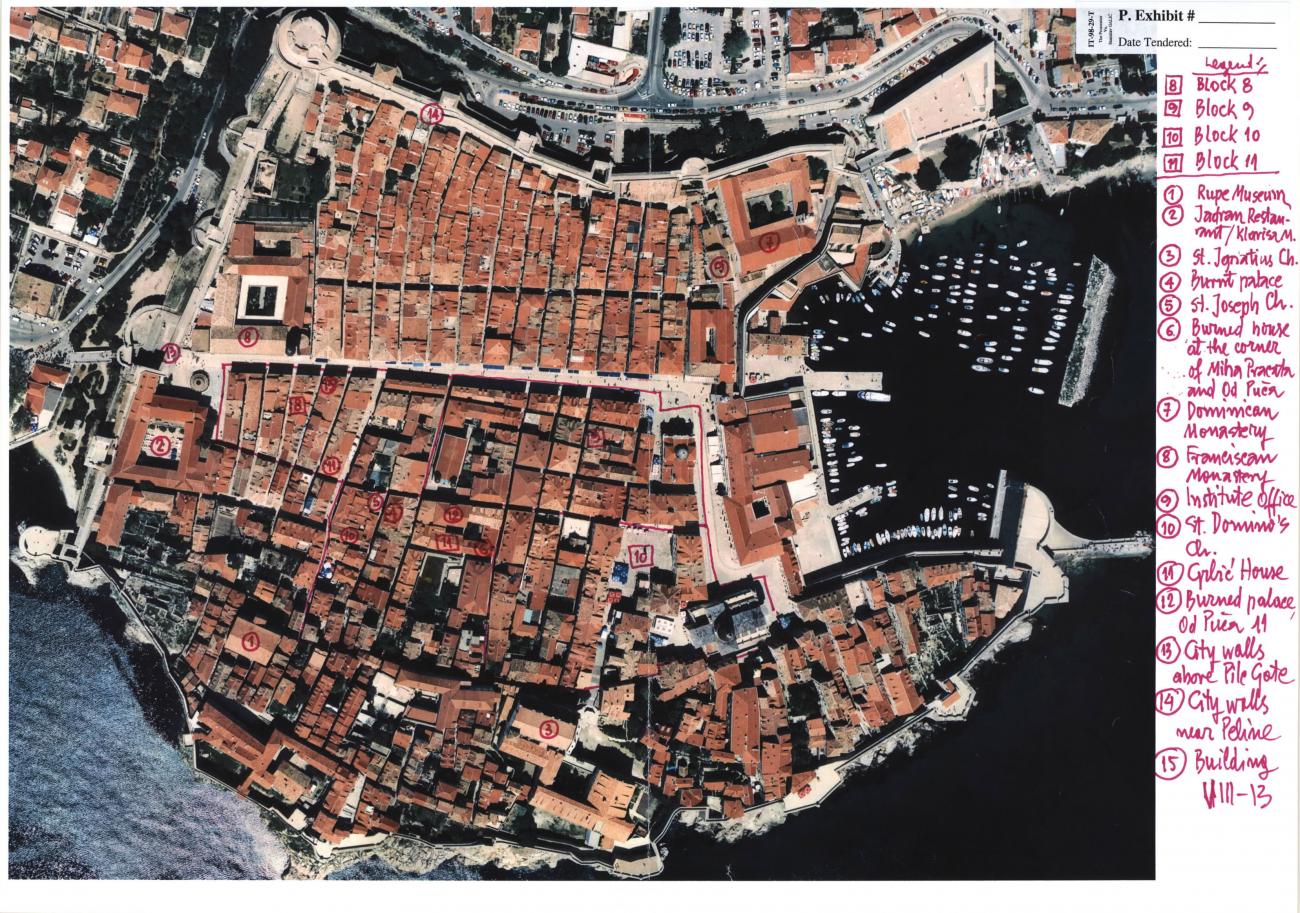 On the fourth day of the online campaign Dubrovnik 1991 - Targeting Monuments, SENSE Center for Transitional Justice is presenting an online exhibition, titled The Day After, and two videos about the judgments delivered by the International Criminal Tribunal for the Former Yugoslavia (ICTY) in the cases against the JNA commanders charged for the attacks on Dubrovnik.

The exhibition The Day After is showcasing a collection of photos and maps introduced as prosecution evidence at the trials of Pavle Strugar and Miodrag Jokić and in the unfinished case of Slobodan Milošević, documenting the extent of destruction of the cultural and historical heritage in the Old City during the shelling of December 6, 1991. https://dubrovnikdayafter.sensecentar.org/

General Pavle Strugar, former commander of the JNA Second Operative Group, was indicted for the siege and shelling of Dubrovnik carried out by the forces under his command. In March 2004 the Trial Chamber of the ICTY found him guilty of violations of the laws and customs of war and sentenced him to 8 years in prison. On appeal the sentence was  reduced to 7 and a half years. https://youtu.be/6HpMWeudvEs

Admiral Miodrag Jokić, former commander of the Yugoslav Navy's Ninth Military Naval Sector, whose forces participated in the siege and the shelling of Dubrovnik, voluntarily surrendered to the ICTY following his indictment. He pleaded guilty, expressed his remorse and was sentenced to 7 year in prison. https://youtu.be/ThxdpbT-3-k