THE LAUNCH OF "TOGETHER AGAINST THE DENIAL VIRUS" CAMPAIGN 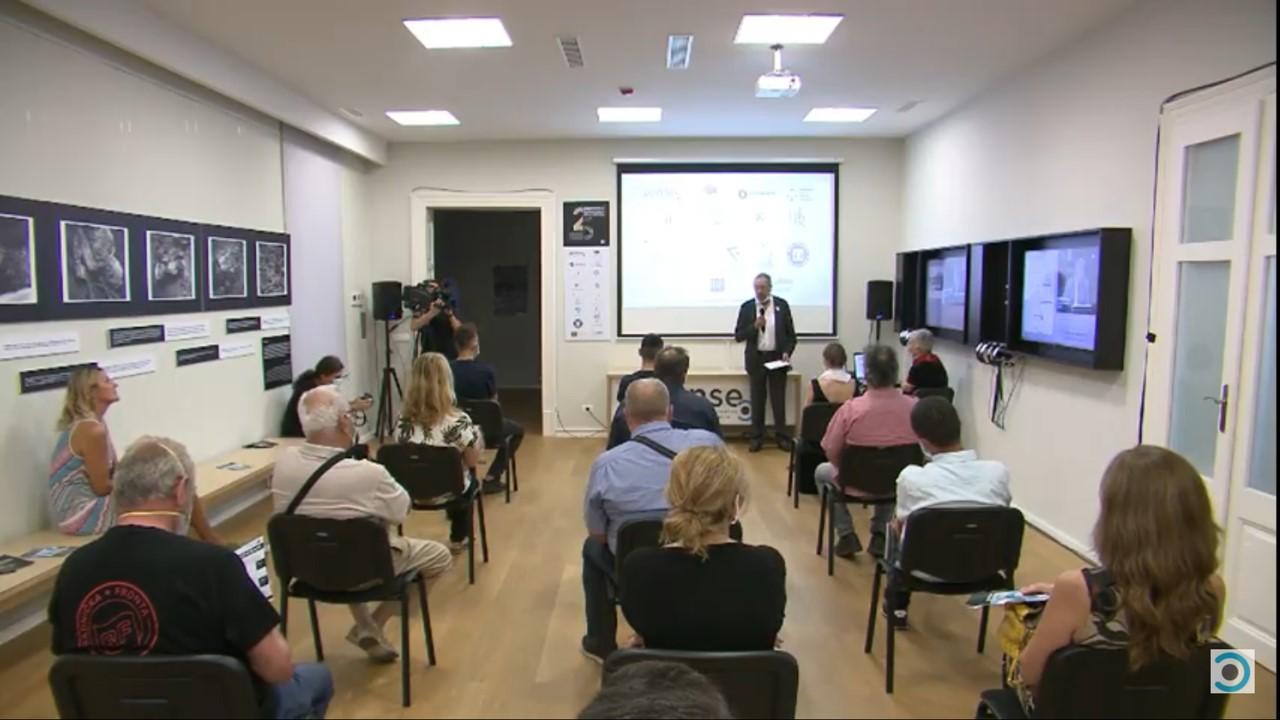 An audiovisual exhibition "Srebrenica: Genocide in Eight Acts" opened at the SENSE Center in Pula marking the beginning of the campaign called "Together Against the Denial Virus". Sixteen civil society organizations from Croatia, B-H, Serbia, Montenegro and Kosovo participate in the campaign. Judge Carmel Agius and prosecutor Serge Brammertz addressed the opening in video messages

A campaign called "Together Against the Denial Virus" marking the 25th anniversary of the Srebrenica genocide, and organized by regional civil society organizations, has been launched at the SENSE Center in Pula with the opening of an exhibition and broadcasting of video messages from The Hague and Srebrenica.

"The ICTY and the Mechanism have established time and again in their judgements that this genocide occurred", said judge Carmel Agius, president of the International Residual Mechanism for Criminal Tribunals, in his video message from The Hague. " Through their findings, and by establishing the individual criminal responsibility of those involved, an important element of justice has been delivered. Unfortunately, these processes are often resisted. Significant challenges exist and indeed are deliberately created, to distort the truth. It is of particular concern that crimes continue to be vehemently denied, and convicted war criminals continue to be celebrated. In this context, the engagement of civil society organizations is of utmost importance", judge Agius concluded.

"This year marks the 25th anniversary of many significant events from the war in the former Yugoslavia, including the Tuzla massacre, the Srebrenica Genocide, Operation Storm... This should be a time when communities in the former Yugoslavia commemorate the pain and suffering of all victims. Unfortunately, we all know that these anniversaries are more likely to be marked by the denial of crimes and glorification of convicted war criminals", said chief prosecutor Serge Brammertz in his video message from The Hague. "Many political leaders in the former Yugoslavia have not yet reached a level of mutual understanding to mark these events together. That is why civil society organizations remain critical."

Munira Subašić, the head of the "Mothers of Srebrenica and Žepa Enclaves", addressed the campaign launch in Pula with her video message: "Even now, 25 years later, we are witnessing the denial of the genocide in some areas of Bosnia and Herzegovina. In the neighbouring Serbia as well.  I think that is a disgrace, because The International Court of Justice, The Court of BH and the Hague tribunal have brought a sufficient number of judgments making possible for those who committed crimes and genocide to face the truth. And the truth will make them free. It is important for them to face to truth so that they can free their children too, because the children don't know what happened", she said. "We, mothers who lost our dearest, children and husbands, many among us were raped too, we managed despite all  to bring up our children without hatred or revenge. That is our achievement."

The campaign continues on Wednesday,  July 8, with the showing of the documentary "Triumph of Evil" and video messages of the survivors and witnesses of the genocide. It closes on July 11, the date of the fall of Srebrenica in 1995.