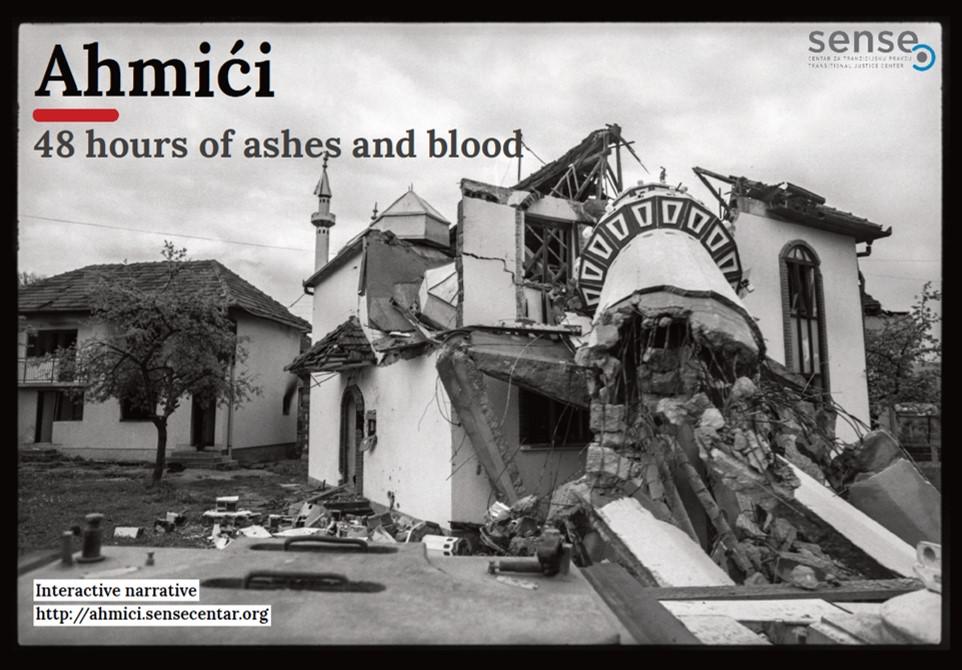 ctive narrative “Ahmici: 48 Hours of Ashes and Blood”, devoted to the ICTY’s (International Criminal Tribunal for the former Yugoslavia) investigation, reconstruction and prosecution of crimes committed in the Lašva valley in April of 1993.The narrative will first be promoted at the Elementary School in Ahmići on April 16, at 1400 hours, and that same evening, at 1900 hours, at the Museum of History of Bosnia and Herzegovina in Sarajevo.

The narrative will also be posted on the new SENSE Center website so as to save from oblivion facts about the crimes in Ahmići and other villages in the Lašva valley – established beyond reasonable doubt at numerous trials before the ICTY – and make them widely and permanently accessible.

In addition to a report on the past and future activities of the Centre, the new website will also include the complete archives of SENSE Agency reports from the trials in The Hague, and its entire audio-visual production, including 722 “TV Tribunal” programs and seven documentaries.

After Ahmići and Sarajevo, the narrative “Ahmići: 48 Hours of Ashes and Blood” – accompanied by an exhibition of photographs of Giles Penfound, photographer of the British Battalion of UNPROFOR in Central Bosnia in April 1993, will be presented in Pula, Belgrade, Zagreb and other places.