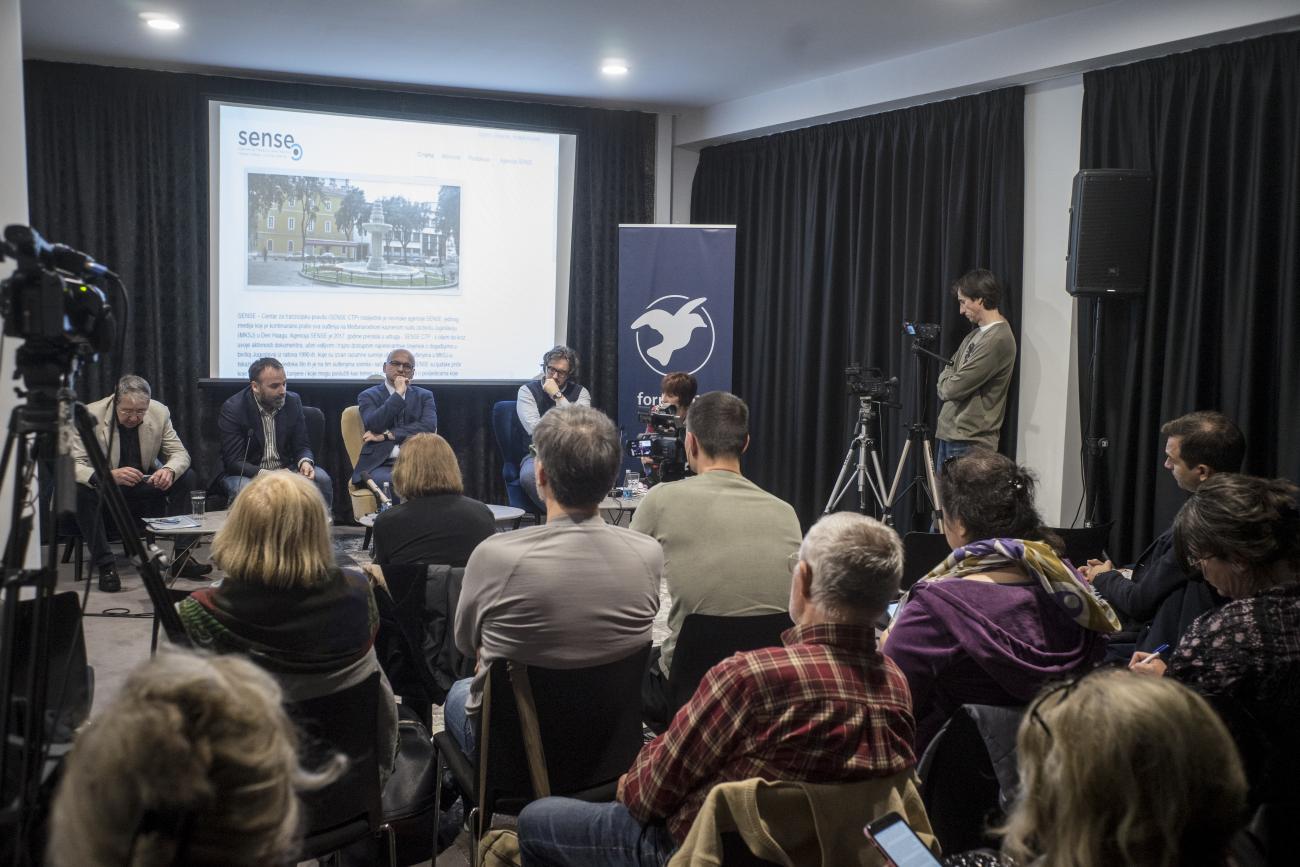 We have been witnessing persistent fabrications of lies, commemorations of crimes instead of victims and the enforcement of the opinion of the majority in our societies, concluded the participants of an international panel-discussion held in Belgrade on the theme "Could populists lead us out of the war narrative?".

Dejan Jović, a political sciences professor from Zagreb, Dino Mustafić, director and public supporter of RECOM, Srdjan Milošević, historian from Belgrade and Mirko Klarin from SENSE center in Pula participated in the panel-discussion was organized by Forum ZDF in Serbia and SENSE center. As an introduction to the event, Mirko Klarin presented five interactive narratives produced by SENSE, covering the crimes in Srebrenice, Ahmići, Operation Storm, Kosovo and the crimes against cutural heritage.

Mustafić said that he is too well aware of the manipulation and denial of facts and that therefore the purpose of RECOM (fact-establishing commission for the former Yugoslavia) is to place victims at the center  of attention. The war narrative is still alive, warned Mustafić who is a survivor of the Sarajevo siege and whose video materials helped the Tribunal to establish facts.

" The Tribunal's judgements were interpreted by the Croatian public broadcaster in stomach-turning manners. Those judgements have become stumbling blocks for those who do not accept them, instead of helping people to reflect upon what had happened in the 1990s", Mustafić observed. Warmongers are being rehabilitated and war crimes, not victims, are being commemorated. Opposing war narratives that exist in Bosnia and Herzegovina have been in a continuous conflict and could lead to a new war, possibly worse than that of 1990s, he warned adding that nothing had been done to help reconciliation.

A change of circumstances is possible if new perspectives are opened up, and that will happen when a new generation of enlightened and emancipated politicians take over, concluded Mustafić.

Dean Jović is of opinion that it is impossible to reconcile different war narratives and form one that would be authoritative. "I'am not even sure that it would be desirable", he said explaining that "legal, political and academic spheres ought to be separated from one another. If their autonomy is undermined, it would lead to a totalitarian sphere."

He believes it would be dangerous to force someone to accept a judicial decision which that person finds not credible: "We have to respect The Hague (tribunal), but also give ourselves the freedom to form our own judgements."  He said that we have the situation where the majority forces its discourse upon the rest, but that there should be more space for individuality. Nevertheless, he concluded that a lot have been achieved in establishing peace.

Milošević stated that the Tribunal's judgements should be binding for high-level politicians: "We have to accept the fact that there are differing narratives, but that should not be detrimental to cooperation." He also believes there should be a legal framework against denial of crimes (for instance, the killings around Srebrenica), but not for legal qualifications of the crimes (whether Srebrenica represented a genocide or not).

The panel was moderated by  journalist Danica Vučenić. It was attended, among others, by Nataša Kandić from the Humanitarian Law Center, sociologist Vesna Pešić and professor Ljubinka Trgovičević.

Published in "Danas" on 29 November 2019. Republished by SENSE with the reporter's authorization. 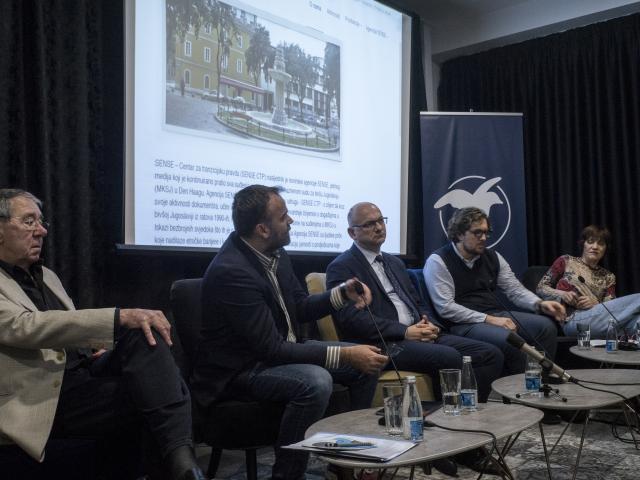 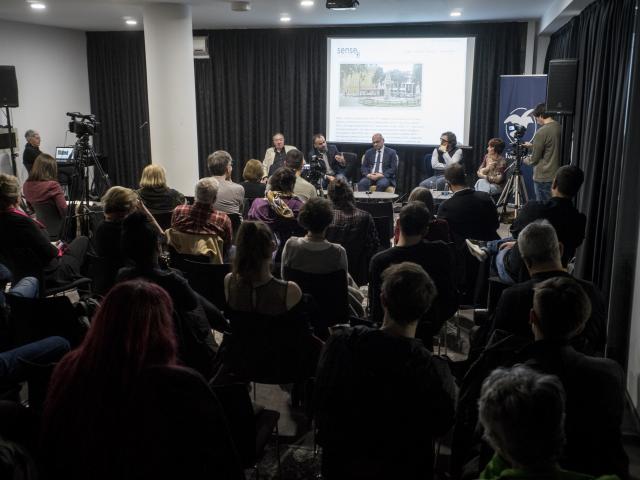 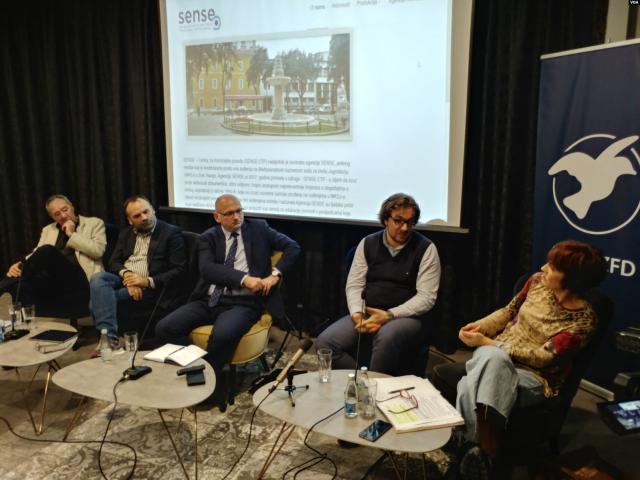 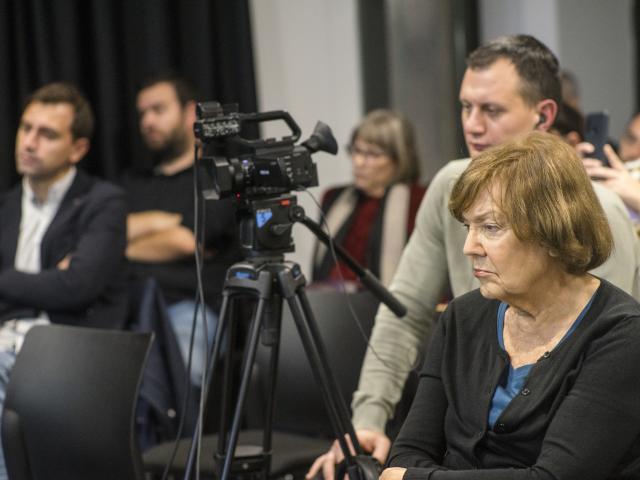 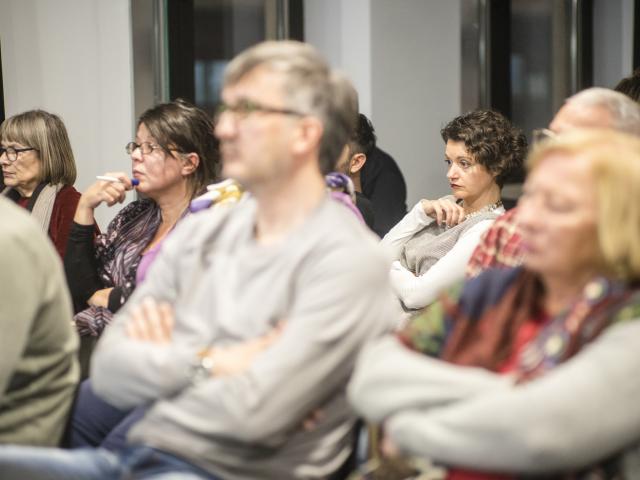