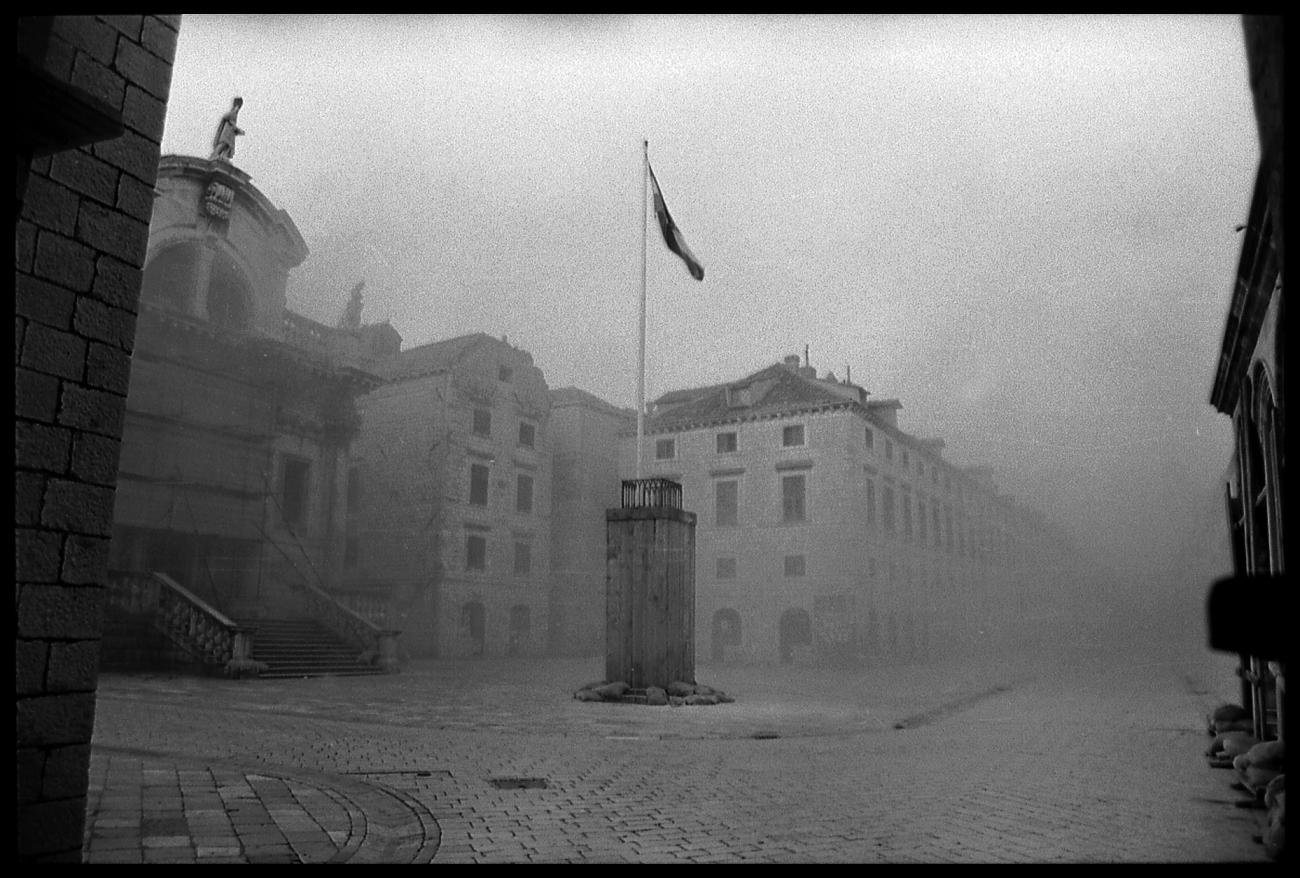 On this day 30 years ago, December 6, 1991, photographer Pavo Urban was killed while working as a war reporter for Slobodna Dalmacija and Dubrovački vjesnik. He was 23 years old.

He was hit by a shell shrapnel by the Ploče Gate, where he stood taking pictures of the artillery attack on the Old City, documenting wanton destruction of the UNESCO-protected historical monuments that belong to the cultural heritage of not Croatia and the region, but of the whole of humanity.

The series of photographs taken shortly before he lost his life shows Stradun and protected building and monuments around it being hit by numerous artillery shells. His last photograph, later on titled "Stone Dust above the City", was taken at the spot where he was killed, in the vicinity of the Orlando's column.

Urban's shots of the December 6 shelling of Dubrovnik, which are now being presented by SENSE in the online exhibition  https://www.pavourbanexhibit.sensecentar.org/ , are among the most remarkable war photographs made in this part of the world.