THE ICTY's STORY FROM DIFFERENT ANGLES 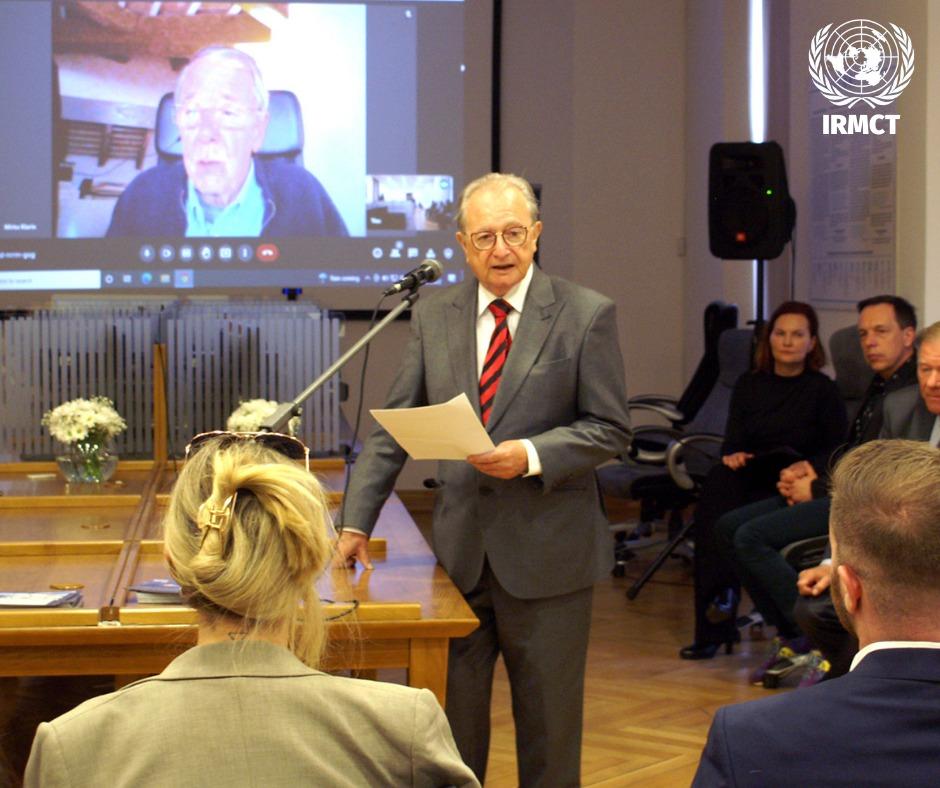 It is my great pleasure to be with you this afternoon at the launch of the ICTY Oral History Project – an initiative of the Sense Transitional Justice Center.

I start by offering my congratulations to Mirko Klarin and his team for doing a wonderful job in putting the project together. This is indeed an impressive and important initiative. In fact, its importance as a historical record of the insights and experiences of the dedicated staff, who  resolutely pursued justice for the victims of the conflict in the former Yugoslavia, cannot be underestimated.

The recollections presented in the Oral History Project reveal the story of the ICTY as experienced from different angles - Chambers, Prosecution, Registry, and Defence. The stories and insights recounted by the staff members tell of an organisation that worked tirelessly to establish itself as a  new kind of institution – and the first international criminal tribunal since  Nuremberg and Tokyo.  The story includes the adversity and setbacks that had to be overcome as the Tribunal struggled to begin and sustain operations.

Early on, numerous observers expected the Tribunal to fail, and fail quickly.  But despite the odds  and beyond all expectations, the women and men who launched the ICTY set in motion an unprecedented quarter century of activity that resulted a robust body of jurisprudence and  an  immense contribution to the development of international humanitarian law and  international  criminal law.

As some of you may know, previous to my appointment as President of the Mechanism, I served for sixteen years as a Judge at the ICTY, and I was the final ICTY President from November 2015 until the Tribunal’s historic closure in December 2017. So, the Tribunal’s history, as told through my former colleagues and predecessors, resonates greatly with me.

This week is an especially sober one as we commemorate and reflect on the 30th anniversary of the Siege of Sarajevo. These commemorative events are important as we are living in a time where historical revisionism and denial of the crimes committed are commonplace. The jurisprudence established by the Tribunal contains the facts that will counter any attempts at distorting or erasing   the events of the recent past from history. Facing and acknowledging the truth behind this conflict is key to a peaceful and stable future for BiH.

They also stand as tangible proof that perpetrators of the most heinous crimes accountable can be brought to justice – regardless of their position or level. They demonstrate that trials for genocide,  war crimes, and crimes against humanity are possible in the modern era, and that no one is immune from prosecution. The oral histories remind us that the road to justice is not easy but that with great perseverance justice can be rendered. I am proud to say that the ICTY left no stone unturned on this journey.

In the coming months, more histories will be added to the website.  Ones that I hope will provide even more insight into the workings  of  the court and how  the ICTY developed its  contribution to  the development of international humanitarian law and international criminal law in practical ways. This will enable lawyers, scholars, and others to understand the processes involved, and the best practices in this field.

To conclude, I again congratulate Mirko and the Sense Transitional Justice Center for their most impressive achievement in this important project. I invite you all to visit the ICTY Oral History Project website and to return regularly as new interviews are added.