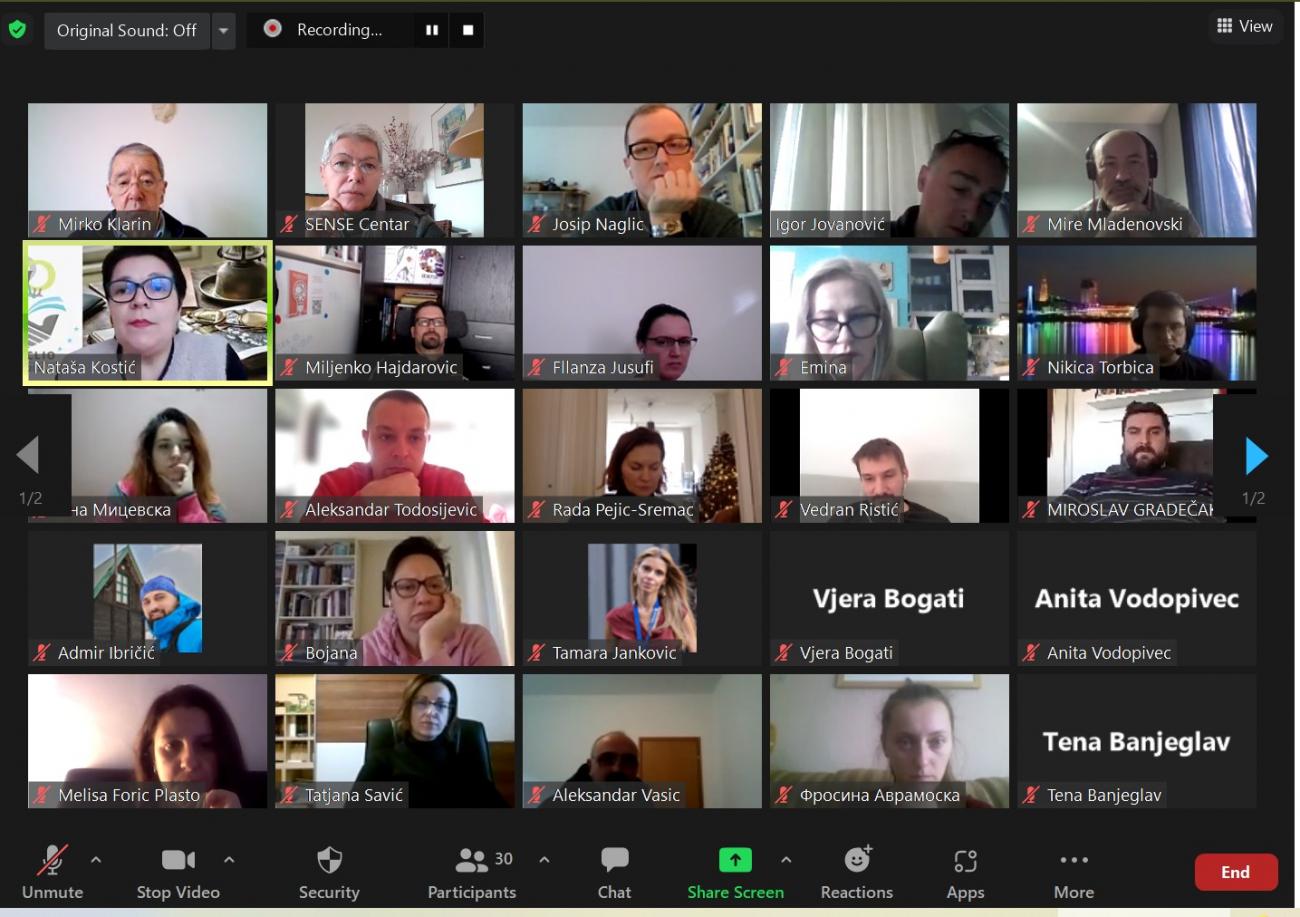 The proceeding before the ICTY led to the creation of records about the 1990s conflicts in the former Yugoslavia and they are useful sources of facts for historians in their writing of history, said Mire Mladenovski, history teacher from North Macedonia, in his keynote speech at the webinar titled How to implement the archives of the ICTY and other courts in history teaching.

The third webinar in the series De-weaponizing History, jointly organized by SENSE Transitional Justice Center and the Croatian Association of History Teachers, brought together some thirty history teachers from Croatia, Serbia, Bosnia-Herzegovina, North Macedonia and Montenegro.

Mladenovski, who serves as president of the North Macedonian Association of History Teachers and the European Association of History Teachers EUROCLIO ambassador, pointed out that history lessons in schools mostly deal with wars and peace as such, but tend to neglect important processes happening in between the two - signing agreements, building trust, making justice, achieving reconciliation, healing and eventually peace. "In our work with students we ought to focus on these processes of transitional justice. Teachers often say that they do not have time for that, but that opens opportunities for others to 'cover' the topic in their own way  - and as a result we can see young people painting murals to war criminals."

SENSE broadcast its short film called History Lesson, showing various accused giving their arbitrary interpretations of events before the ICTY judges, followed by  investigators and judges explaining that their mission was to create record about what happened, and that it is the responsibility of historians and the public to examine those records and define history.

"The truth about what happened is exhibited though the process of trial", commented Mladenovski.

Webinar participants discussed many challenges they face in teaching and writing history textbooks. Teachers in Serbia who participated at the seminar about the ICTY archives organized by the Mechanism for International Criminal Trials were fiercely criticized by Serbian tabloid press. Mladenovski, for his part, complained that history textbooks in his country have not been updated for 17 years. Bojana Duković Blagojević from Bosnia-Herzegovina pointed out that many teachers are not interested in innovating their teaching methods and making a distance from the official narratives. Very often their reluctance is the product of fear of losing their job.