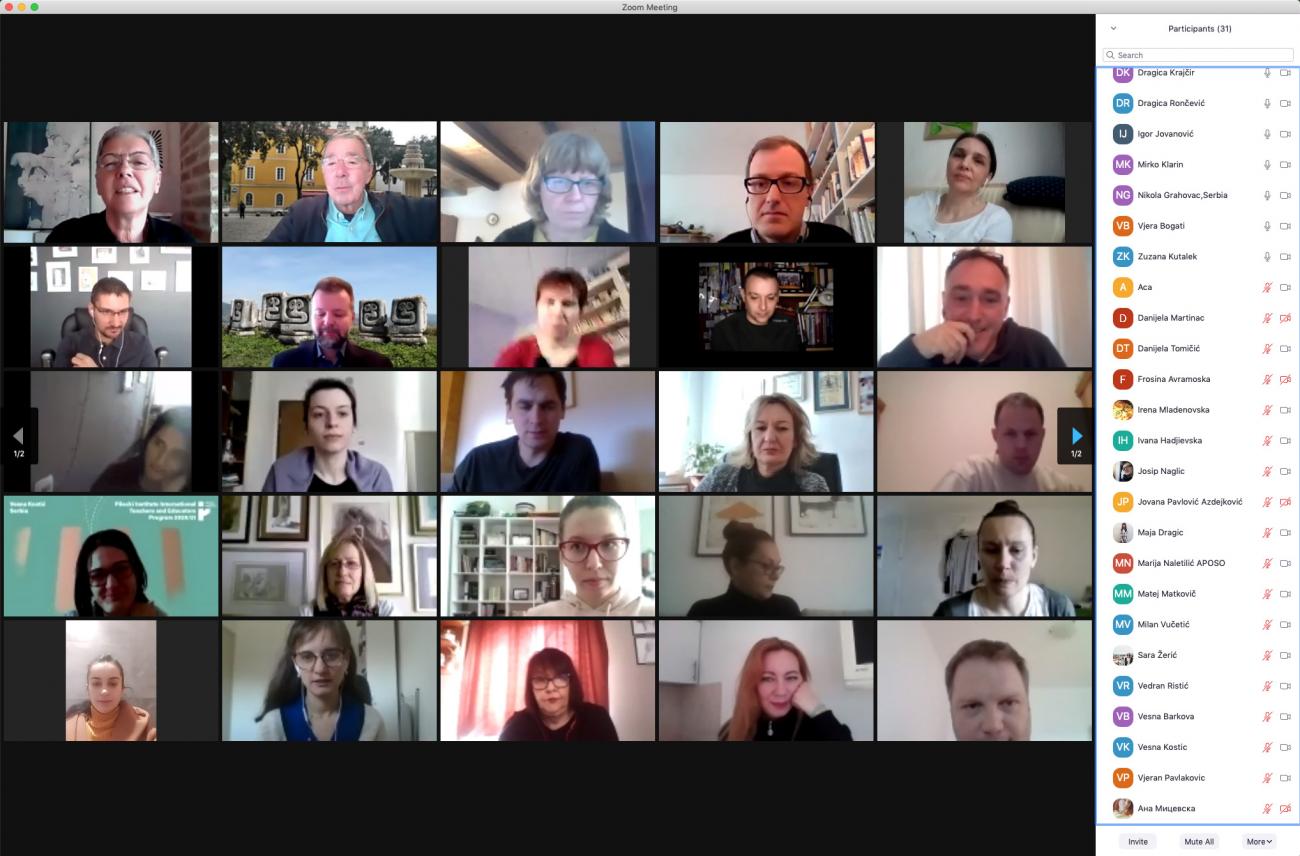 A webinar called "De-weaponizing History: How to Prevent History Teaching from Becoming a Continuation of War by Other Means" brought together more than 30 history teachers from primary and secondary schools in Croatia, Serbia, Bosnia and Herzegovina North Macedonia and Slovenia. This online seminar was organized by SENSE - Transitional Justice Center and the Croatian History Teachers Association

It was the first in a series of webinars called "De-weaponizing History" that will be held during 2021 in order to provide a forum for teachers to discuss how to teach about the ex-Yugoslav wars of the 1990s. These are sensitive topics, which have often been either avoided or presented in arbitrary ways in school curricula in the countries of ex Yugoslavia. What happened in the war period was often  interpreted differently in different countries, some events are ignored and in most cases the interpretation is based on one exclusive source. Therefore it is important for teachers to be able to access various sources in preparing their lessons about the 1990s conflicts. An important source are the facts established at the International War Crimes Tribunal, the International Court of Justice and national courts.

The webinar participants were shown the extensive archive of the SENSE Center, containing about 15,000 reports covering war crimes trials, more than 700 television programmes called TV Tribunal, seven documentary films and five interactive narratives - all of which have been produced by SENSE over more than 20 years of its coverage of the Hague Tribunal. The whole production is accessible at the SENSE Center website.

The working topic of the first webinar was the destruction of historic, cultural and religious heritage during the wars. As it was pointed out, that destruction was not a collateral damage that happened during fighting but an attempt to revise the history of other ethnic and religious groups and eradicate cultural, social and religious footprints of their identities.

In his keynote speech, Vjeran Pavlaković, professor of Cultural Studies at the University of Rijeka, pointed out that students ought to be tought about the significance of heritage because cultural, religious but also political monuments carry complex historic messages from which students can learn.

It was emphasized that religious and cultural heritage was destroyed during the 1990s with the precise aim of erasing the memory of existence of a particular ethnic group at the given location. The participating teachers were shown four videos from the interactive narrative "Targeting History and Memory", produced by SENSE, which told about the destruction of such  heritage in Bosnia and Herzegovina and the shelling of Dubrovnik, the Old Bridge in Mostar and the National Library in Sarajevo. Even though the usual motive of such destruction was to erase the heritage of "other communities", the  sites that were under attack often were something else -  complex cultural monuments which actually represented multi ethnic history of that place.

The teachers participating at the webinar formed four working groups in which they developed ideas how to structure a school lesson using the mentioned videos which they described as practical didactic tools, how to make heritage destruction comprehensible to pupils and how to progress to wider concepts such as understanding the world heritage and the importance of appreciating other nations' monuments just as you value your own. Pavlaković pointed out in conclusion that the young need to be provided with tools for developing analytical abilities and critical angle in studying history.

Next webinar of the series "De-weaponizing History" is to take place in three months time. If circumstances permit, webinars will turn to the form of seminars at the SENSE Center in Pula, as originally envisaged. 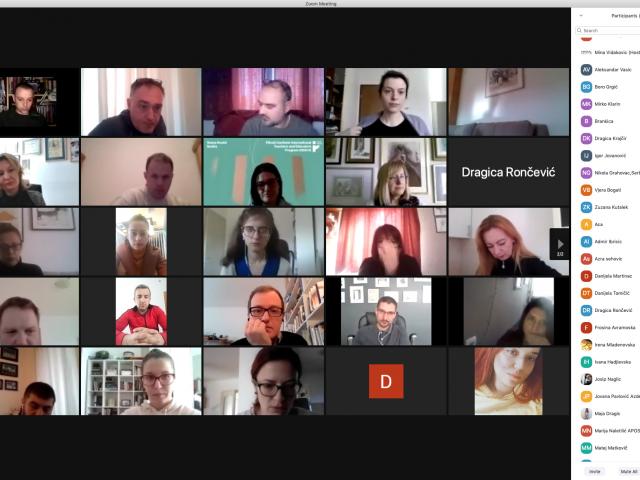 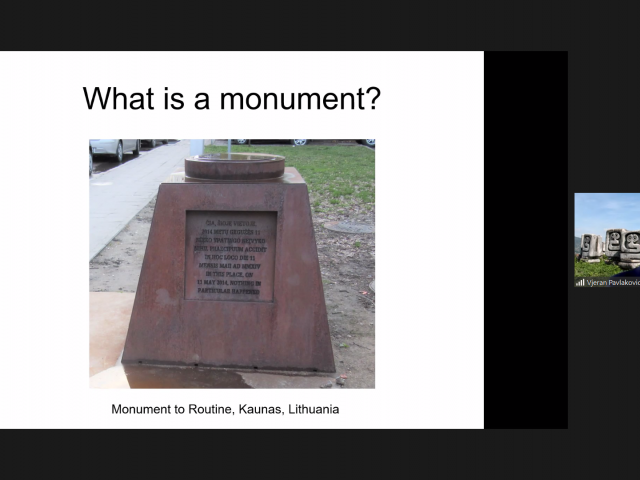 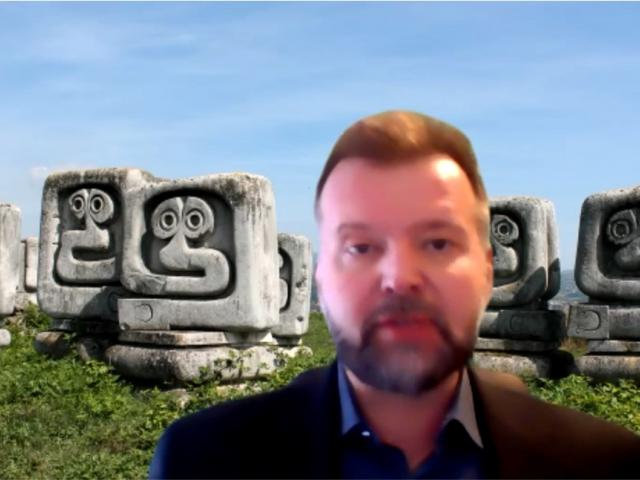