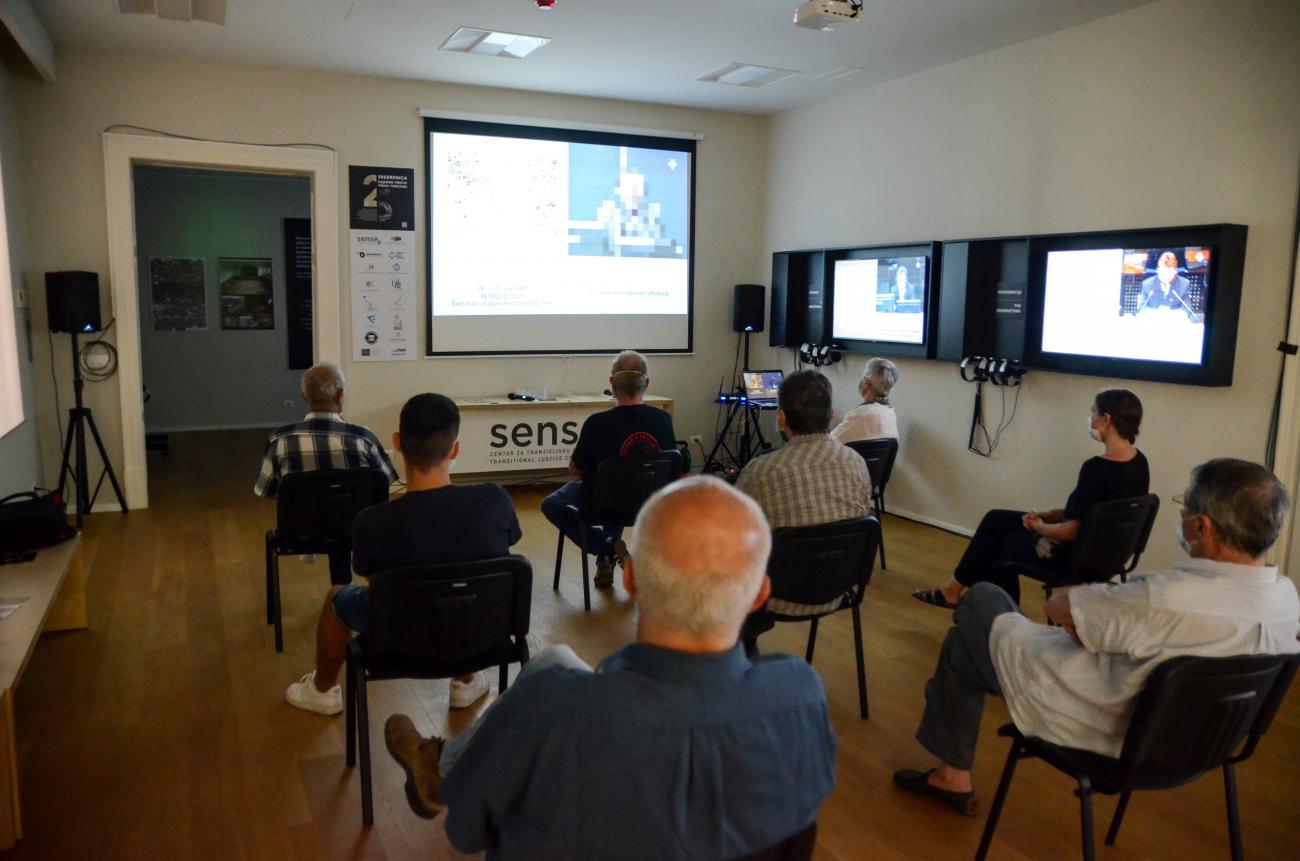 A video entitled "The Survivors", a segment of the interactive narrative "Srebrenica: Genocide in Eight Acts", and recorded messages of three Srebrenica survivors - Hasan Nuhanović, Idriz Velić and Nedžad Avdić - were broadcast on the third day of the campaign "Together Against the Denial Virus"

Testimonies of the survivors from Srebrenica execution sites  form a segment of the interactive narrative "Srebrenica: Genocide in Eight Acts", produced by SENSE Transitional Justice Center. It explains how after the fall of Srebrenica the investigators of the International Criminal Tribunal for the Former Yugoslavia gathered first stories of the people who had survived mass executions. In further pursuit of evidence in 1996, the investigators followed those leads to find the locations of detention and mass executions.

Hasan Nuhanović worked for the UNPROFOR in 1995 and survived the fall of Srebrenica but his mother, father and brother did not. They were buried in Potočari, close to the spot where the UN handed them over to the Serb forces. In his video statement for the campaign "Together Against the Denial Virus", Nuhanović reminded that the international community and the Dutch Battalion carry their share of responsibility for what  happened in the Srebrenica enclave they were supposed to protect."Historic facts about the genocide and the co-responsibility of the international community have been established at two, actually three trials in The Hague... However, the fact that this crime has been established as a genocide is denied by the official Republika Srpska, as well as official Belgrade. I hope a form of catharsis will come about, so that we can go forward", he concluded.

One of the survivors from the column of men that broke through to Tuzla in July 1995 Idriz Velić described how horrible and uncertain that march had been. "At that time I had no idea about what was going on in Potočari. Only later when I first visited the Memorial center (that SENSE has set up at Potočari), I learned a lot. I saw videos and heard stories of witnesses about what happened there", he explained in his video message.

Nedžad Avdić testified at almost all Srebrenica trials at the ICTY. "Living it all through again in the courtroom was not easy for me", said Avdić, who was 17 when he was taken to the mass execution site at the Petkovci dam near Zvornik. His first testimony disturbed him so much that he told the prosecutors not to call him to testify again. "However, when the other war criminals were brought before the tribunal, I could not refuse to testify. I had a moral obligation towards my friends, teachers and relatives who were killed in such a way."

The same content of the third day of the campaign Together against the virus of denial was shared  on social networks and websites of fifteen partner civil society organizations from Bosnia and Herzegovina, Serbia, Croatia, Montenegro and Kosovo.