"TOGETHER AGAINST THE DENIAL VIRUS" CAMPAIGN CLOSING EVENT 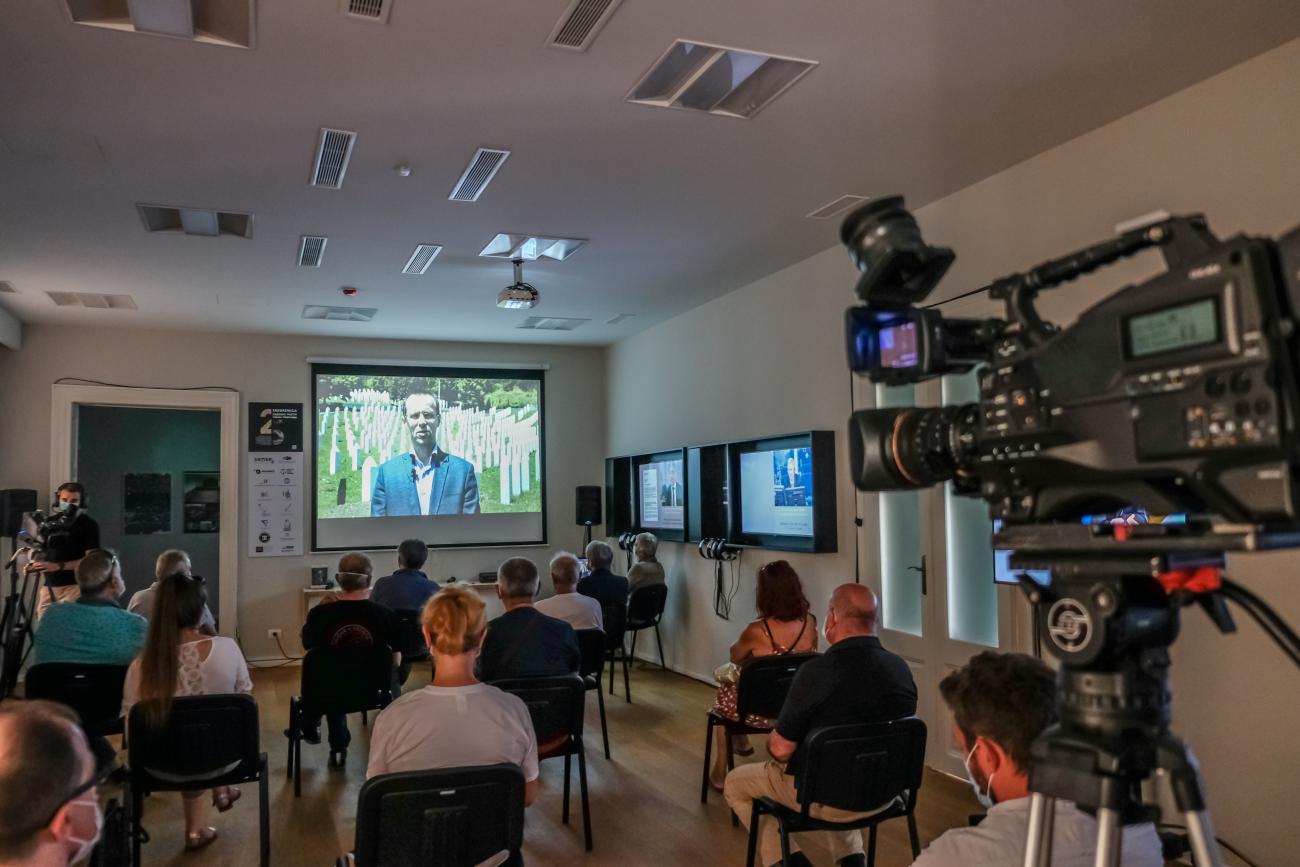 Messages from the president and the chief prosecutor of the Residual mechanism for criminal tribunals Carmel Agius and Serge Brammertz, Tribunal investigators and Srebrenica victims were broadcast at the SENSE centar in Pula on the final day of the campaign "Srebrenica 25: Together Against the Denial Virus", carried out with the participation of 16 civil society organizations from Croatia, B-H, Serbia, Montenegro and Kosovo.

On the anniversary of the fall of Srebrenica, the parcitipants of the campaign reiterated that 25 years after the fall, the extent and the character of that crime is still being denied.

In his video statement recorded in The Hague, prosecutor Serge Brammertz said that "the message of many today's officials and leaders is: we recognize our victims, but not yours." This rhetoric insults the victims, invites conflict and will lead only to isolation and stagnation, he said.

In Srebrenica itself, discussing the issue of genocide is still not possible because, according to the Republika Srpska officials, the genocide did not happen, revealed Nedžad Avdić, who survived mass execution at Petkovci dam near Zvornik when he was 17. He believes it would be of great value for Serb children, in particular, not be "kept in the dark" and to be taught about Srebrenica and learn from it.

Richard Butler, a military analyst for the Office of the Prosecutor, noted in his statement that there are mountains of forensic documents that say exactly what the cause of their death is and why: "Because of the invention of the internet, the access to information is wider now that it has ever been. Anybody at any location has the ability to read the actual documents and statements of witnesses - people should read it and draw their own conclusions."

Mirsada Malagić, who lost her husband, sons and relatives after the fall of Srebrenica, remembers a monument she saw in The Hague, dedicated to wives of fishermen who never returned home. Malagić said that women of Srebrenica should get a similar monument because they waited in vain for their loved ones, only their monument would face the woods, not the sea: "Monuments are important, they remind us of what happened, and that Srebrenica should not happen to anyone again."

In his closing statement for the Srebrenica campaign, judge Carmel Agius pointed out that the Tribunal's judgements were product of extensive trials, thousands of pieces of evidence and over a thousand testimonies. "It is shocking that even 25 years later there are politicians, academics, journalists and others who call into question established facts". Institutional denial is not rooted in ignorance, it is deliberate, he stressed. It is crucial to actively combat denial, said Agius and thanked "all those involved in this powerful campaign".

Following the video messages from The Hague and Srebrenica, the campaign was wrapped up with the screaning of the documentary "Beyond Reasonable Doubt" , produced by SENSE, presenting facts admitted as evidence at the Srebrenica trials - testimonies, admissions of guilt, forensics - and opposing them to attempts of revisionism and the denial of the extent of Srebrenica crimes.

At the conclusion of the campaign "Together Against the Denial Virus", Mirko Klarin, head of the SENSE Transitional Justice Center, appealed for all the visitors and numerous participating civil society organizations to continue the fight against the epidemic of war crimes denial, still ravaging the post-yugoslav communities.